A few days ago, I did a post that was a hoax: it claimed that Jack Chick has a new anti-Trump tract. Actually, it's a CultJam Productions tract to promote our online short film Ivy League Exorcist:The Bobby Jindal Story. Our Chick tract parody "Ivy League Exorcist" is dated because Bobby dropped out of the 2016 presidential race.

The tract notes the remarkable fact that two Republican presidential candidates have such close ties to exorcisms, a phenomenon that most rational people view as an archaic practice. Bobby Jindal is an actual exorcist while Marco Rubio makes sure to attend services at the Christ Fellowship megachurch if senior pastor Rick Blackwood, an exorcist, is preaching; in An American Son: A Memoir, Rubio writes: "On most Saturday nights, we still attend services at Christ Fellowship, especially if Pastor Rick [Blackwood] is preaching the sermon."

I have important notes, references, and links after the tract.  Also, check out our other mini-comic "CockTale: A Modern Tijuana Bible," a satire that roasts Tom Cruise and Scientology. 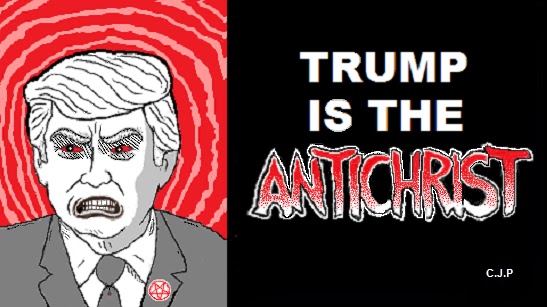 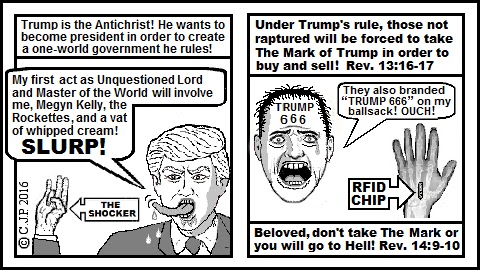 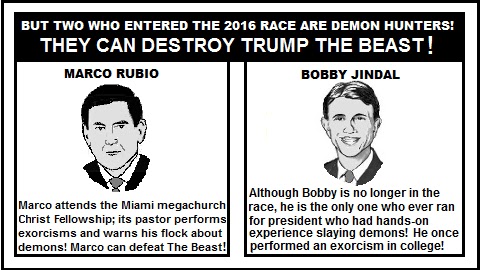 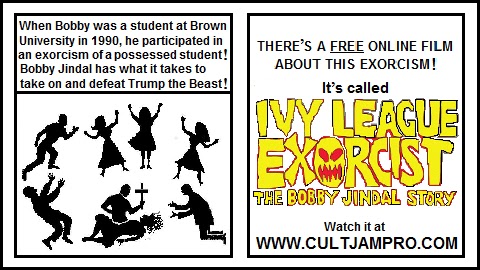 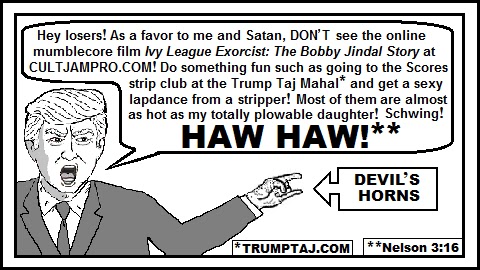 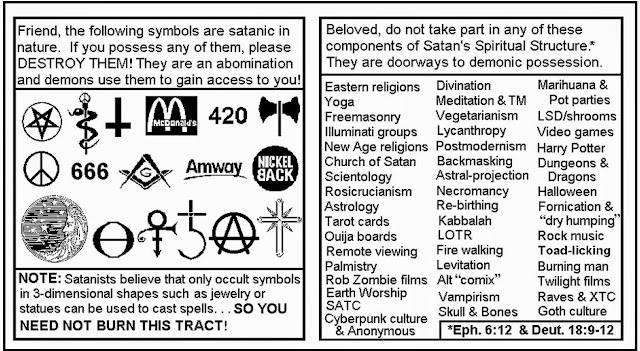 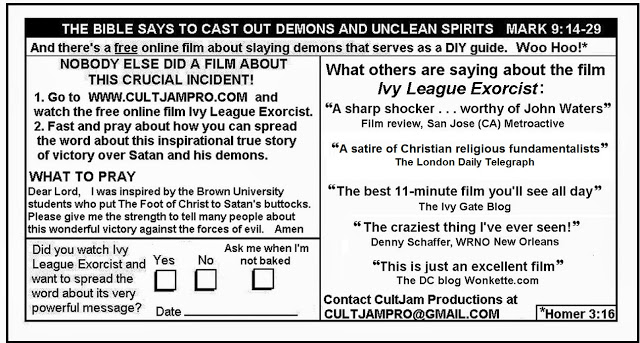 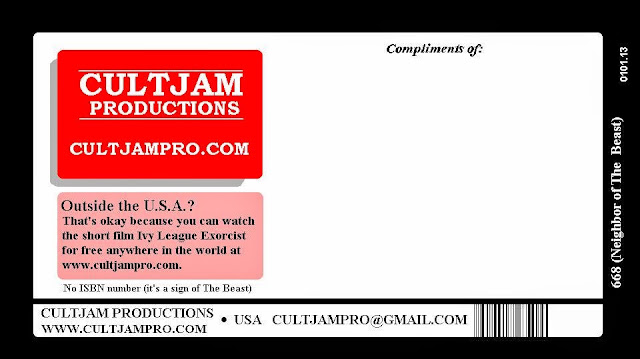 Notes: This comic book is part of a rich tradition of Chick tract parodies . . . On the cover, the font of "Antichrist" is based on a font by Charles Burns . . . On page one, the title, "Unquestioned Lord and Master of the World" is from the episode of The Simpsons "Treehouse of Horror V" (the segment about Homer time-travelling and discovers a horrible alternate present in which Flanders controls everone . . . The second panel on page one is based on a very bizarre fundamentalist pamphlet I got in the New York subway (part of it is below) . . . The man with "Trump 666" stamped on his forehead is an homage to an illustration by Daniel Clowes in "The Apocalypse" in BLAB! #4 . .  . Page two: here's a good article about the scary Christ Fellowship  that Marco Rubio attends . . . Page four: Here is the link to the Scores stripper club in the Trump Taj Mahal; the web page reads that it is "Unexpected," "Uninhibited," and "Unparalleled" see below . . . Page four: Regarding Trump's daughter Ivanka; here's an article about the creepy things Trump said about her. , , Kudos to Pocho for linking to this comic.