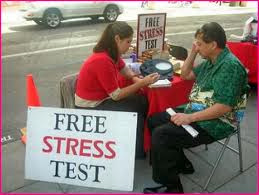 Having lived in Los Angeles most of this century, I've had more than my fair share of unpleasant encounters with the cult-scam Church of Scientology. One of the things that surprises me is how many people fill out the personality questionnaires at the "FREE STRESS TEST" tables that dot the fair city. Giving personal and intimate information about yourself to a bunch of loons and psychopaths? Not so bright.

Anyhow, the church spent a shitload of its pigeons' parishioners' money to air a commercial on local stations during the Super Bowl.

As luck would have it, I just completed a Tijuana bible about Scientology. I imitated the style of the Tijuana bible artist whom Art Spiegelman dubbed "Mr Prolific" (probably cartoonist Ainsworth H. "Doc" Rankin).   Note the references to Scientology theology (e.g., Xenu) and the pun involving the 1988 Cruise schlockfest Cocktail. Enjoy! 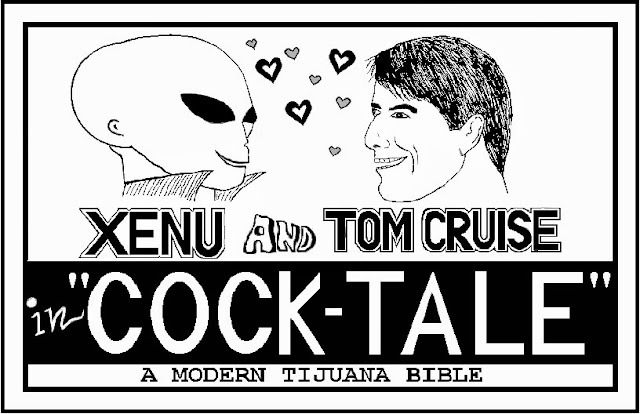 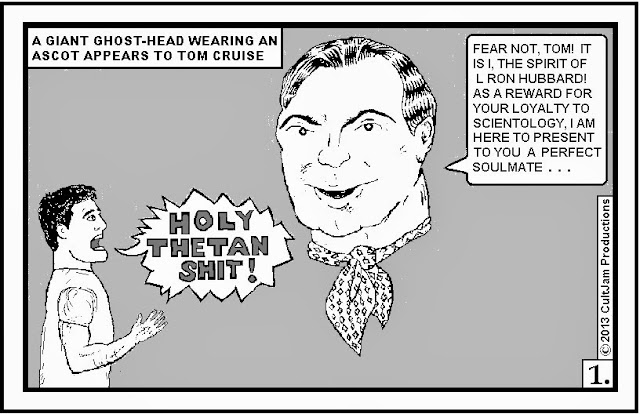 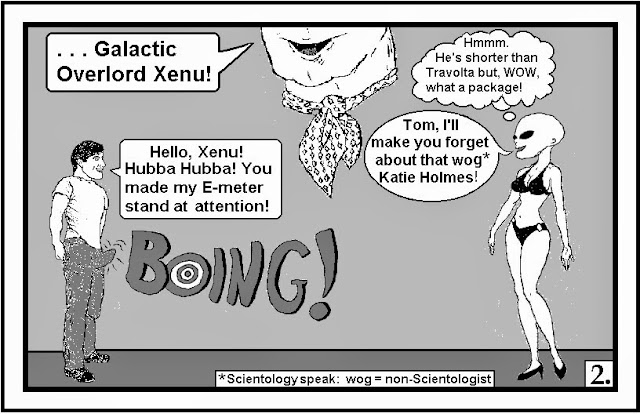 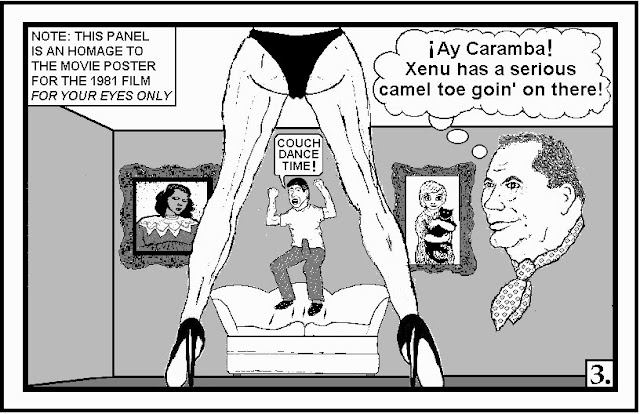 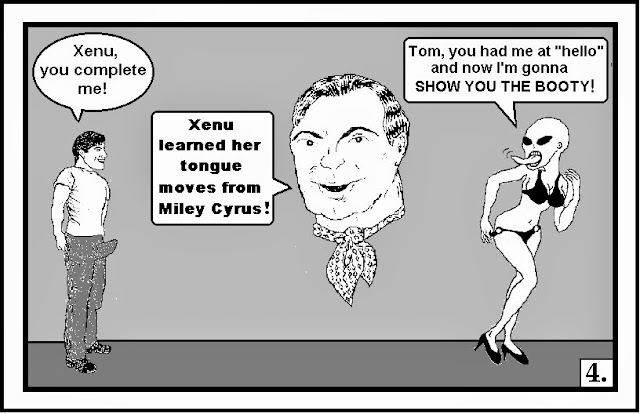 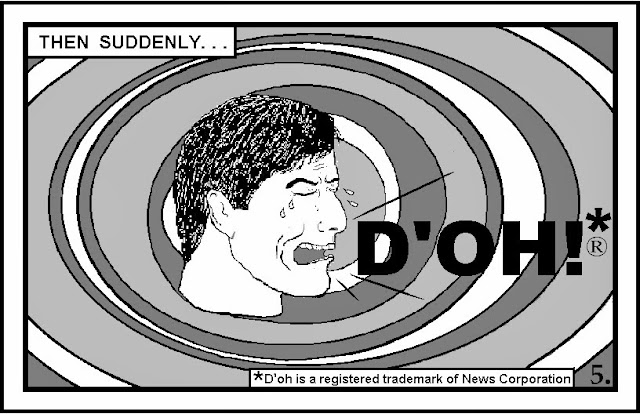 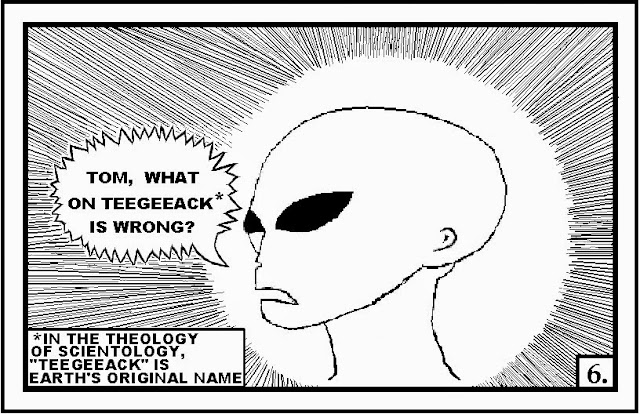 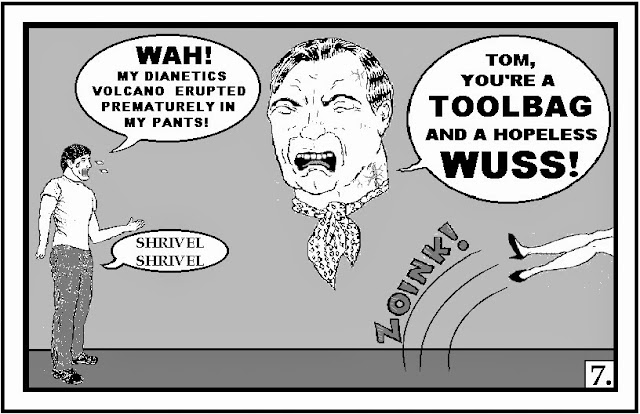 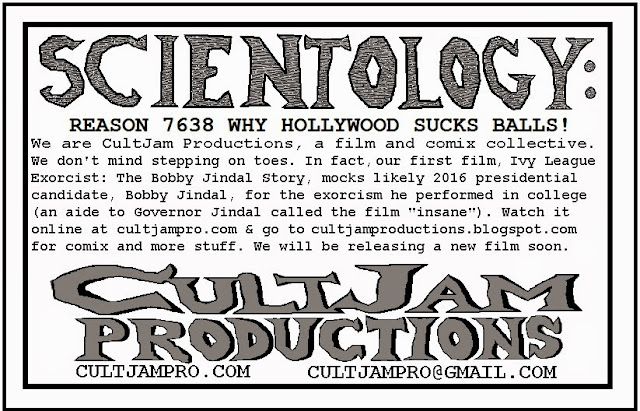 Random Notes: As mentioned, page 3 is inspired by the classic movie poster for the 1981 James Bond film For Your Eyes Only. Also, on the wall on this page are classic kitsch paintings Chinese Girl by Vladimir Tretchikoff and Margaret Keane's The Stray . . . Other CultJam Productions comix include Chick tract parodies promoting the CultJam Productions film Ivy League Exorcist: The Bobby Jindal Story (the tract "Ivy League Exorcist" and its deadpan prototype "A Demon-Hunting Veep?") . . . I got the idea for the "Boing!" sound effect on page 2 from the campy 60's Batman TV show. . .UPDATE: In the 2014 elections, the US state of Nevada elected a Scientologist, Brent Jones, to their state legislature. . .  2015 UPDATE: Tom the Dancing Bug has a comic starring Xenu.
Posted by Les Zazous at 8:47 AM