I revised the Jack Chick tract parody that we use to promote the film Ivy League Exorcist: the Bobby Jindal Story.  The original parody tracts (here and here) had background characters who were characters from real Chick tracts such as the eponymous Gladys, the know-it-all professor from Big Daddy, and Don from the "Angels?" tract.  While the Chick enthusiasts dug it, many others found them confusing and didn't get it.  Therefore, I replaced them with some well-known dead people, most notably Sid Vicious, OBL, Jesse Helms, Richard Nixon, and Strom Thurmond. I also changed a few things around: I  added a few gags as well as put in some reviews for the film.

One final thought, as I write this, it's obvious that Bobby Jindal is going to announce that he's running for president in 2016 (Bobby says he will have a "major announcement" regarding his presidential plans on June 24, 2015). 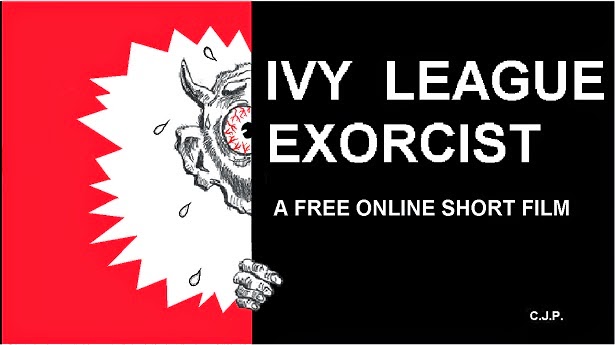 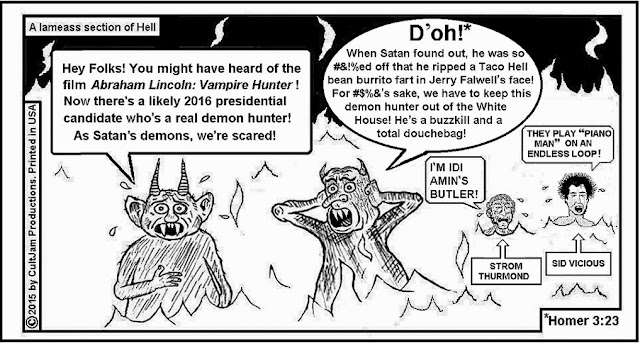 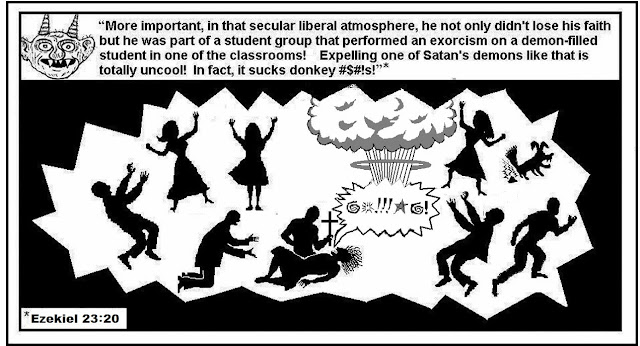 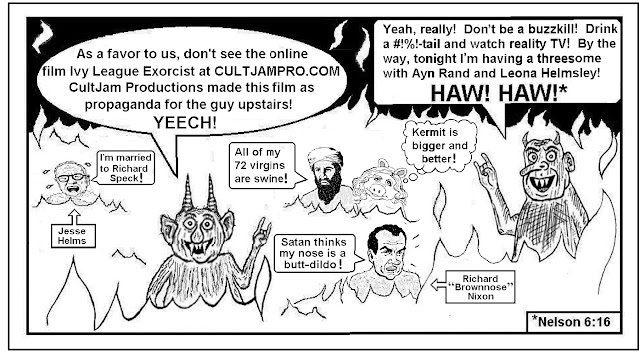 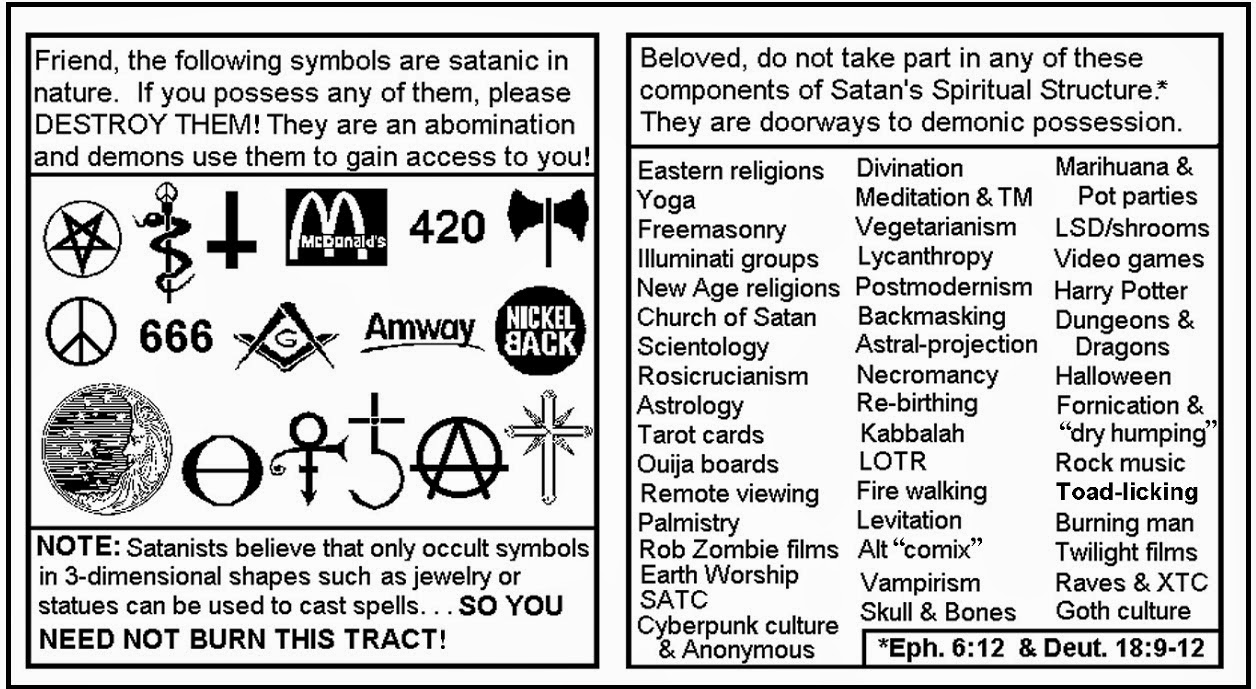 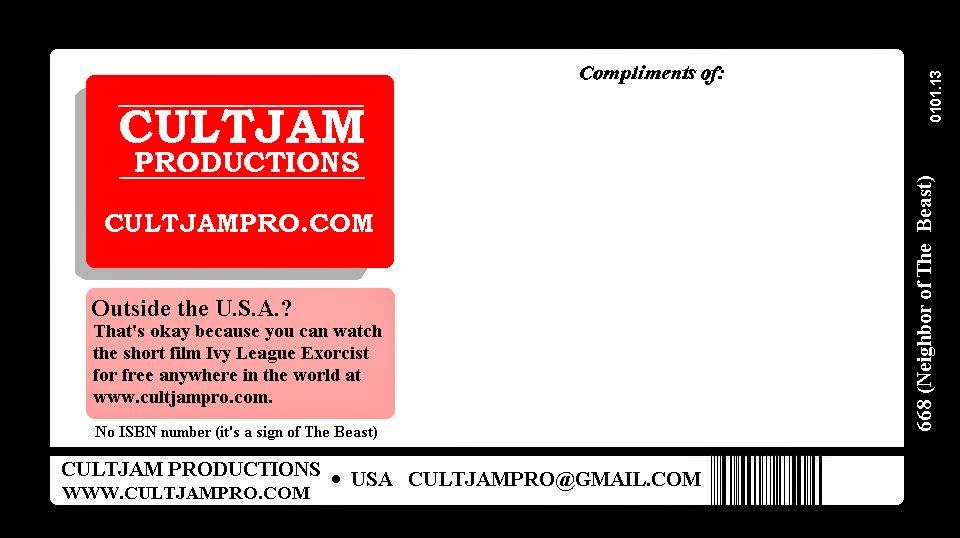