"Donald Trump Is The Antichrist: Prepare For The Rapture!" Revised Chick Tract Parody

This is the latest revision of the "Trump Is The Antichrist" series of Chick tract parodies (previous versions here). Notes and links after the tract. 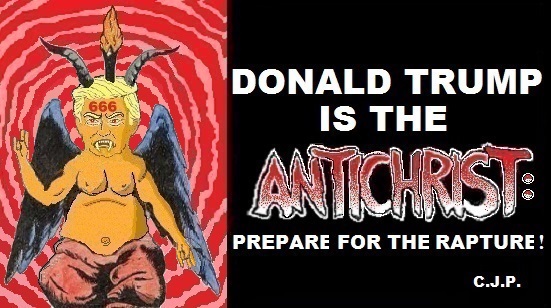 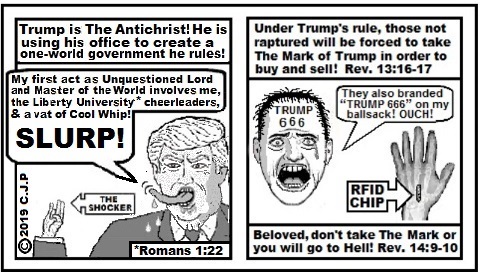 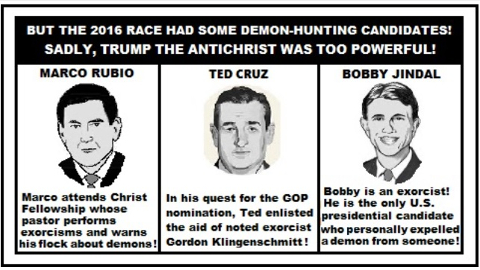 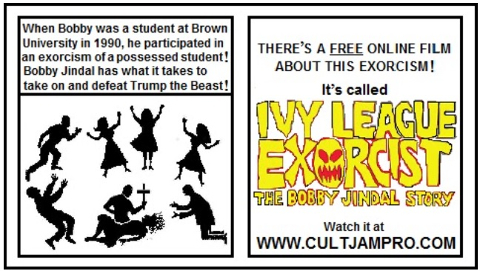 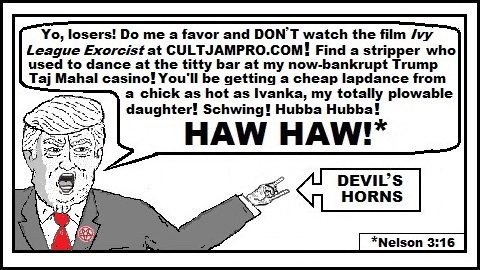 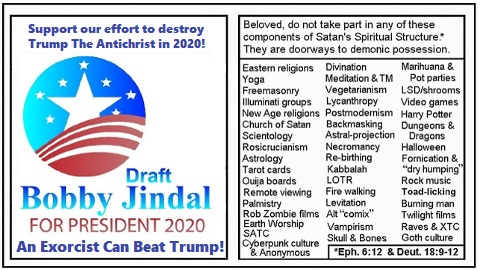 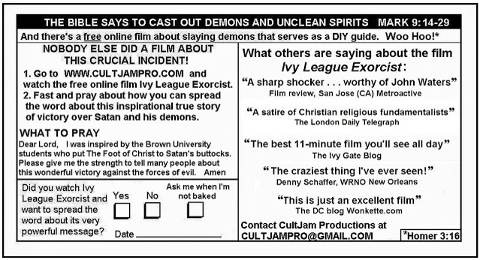 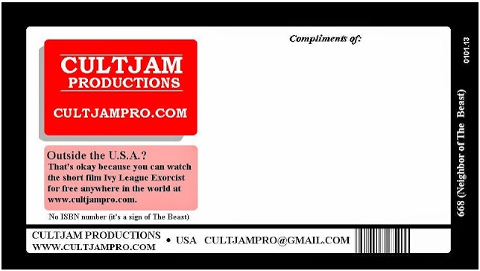 Notes: This comic book is part of a rich tradition of Chick tract parodies . . . On the cover, the font of "Antichrist" is based on a font by Charles Burns . . . On page one, the title, "Unquestioned Lord and Master of the World" is from the episode of The Simpsons "Treehouse of Horror V" (the segment about Homer time-travelling and discovers a horrible alternate present in which Flanders controls everone . . . The second panel on page one is based on a very bizarre fundamentalist pamphlet I got in the New York subway (part of it is below and the tract is in The Museum of Weird and Demented Religious Tracts) . . . The man with "Trump 666" stamped on his forehead is an homage to an illustration by Daniel Clowes in "The Apocalypse" in BLAB! #4 . .  . Page two: here's a good article about the scary Christ Fellowship  that Marco Rubio attends . . . Page four: Here is the link to the Scores stripper club in the now-defunct Trump Taj Mahal; the web page reads that it is "Unexpected," "Uninhibited," and "Unparalleled" see below . . . Page four: Regarding Trump's daughter Ivanka; here's an article about the creepy things Trump said about her. , , Kudos to Pocho for linking to this comic.

Notes about the latest edition by Troy Davis: It was long past due to revise this tract. The previous versions were made before Trump became president (and before the Trump Taj Mahal Casino went out of business). I also wanted to change the front cover, remaking Trump in the image of Baphomet (on the cover, Trump is doing a double "Shocker" gesture) .  . . I also wanted to change the Trump images to reflect his obesity, giving the Trump images inside the tract Trump's trademark neck vagina . . . I also wanted to give a shout-out to CultJam's Draft Bobby Jindal for President 2020 campaign.