Watch Ivy League Exorcist: The Bobby Jindal Story on YouTube. This is the story of Bobby Jindal, 2016 U.S. presidential candidate, who as a student at Brown University performed an exorcism of a classmate.
Comic Books 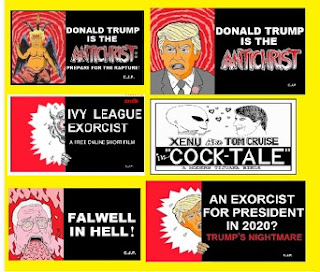