Today Dinesh D'Souza denigrated someone on Twitter and it resulted in a follower bonanza for the D'Souza critic. Aditi Nadkarni responded to a Roland Scahill tweet and Nadkarni responded with harsh words for Indian immigrants who adopted hard right political stances:

D'Souza's response was to belittle Nadkarni for having 62 followers:

CultJam Productions then got into the act, explaining how we now followed her and made a parting shot to D'Souza's Lost Cause publisher Regnery Publishing: 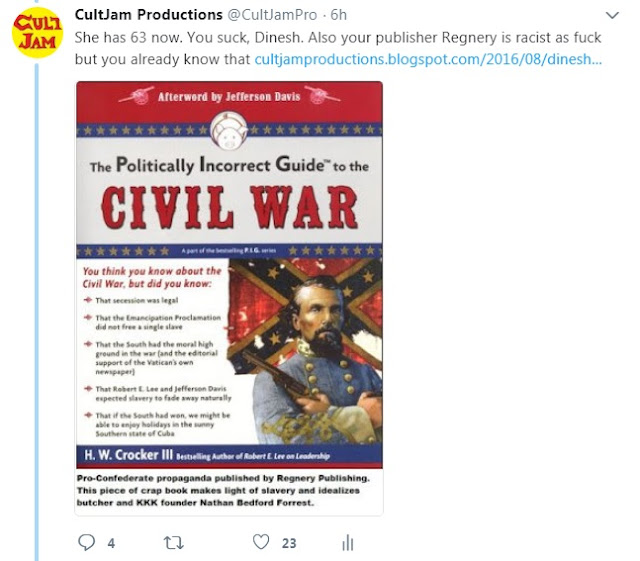 As a consequence, Scahill and many others follower suit. As I post this at around 3:30 PST, Nadkarni has over 800 followers. Sometimes the good guys win. Make it the victory bigger by following her here. 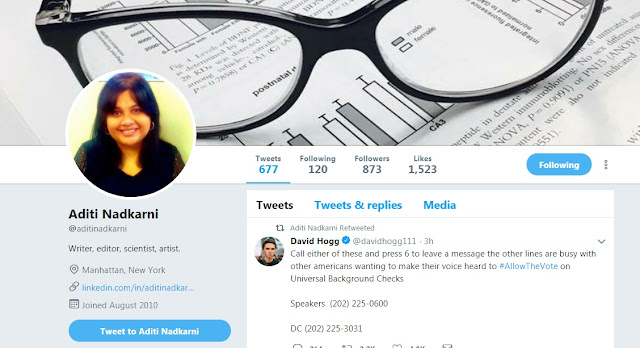